My Picks for Top 5 Best Razors

Of course, the type of razor you shave your face with is largely a matter of personal choice. Among wet shaving enthusiasts, many prefer the classic double-edge (DE) razors which offer a very close shave. A DE razor is not for everyone and they do require a more patient, steady hand. To say I’m not a “morning person” would be an understatement. First thing in the AM, there’s nothing steady about me so I prefer to shave with one of the modern cartridge-type razors which are much more forgiving to those of us who shave while still half asleep. Of the common razors on the market today, these are my picks for top 5 best razors available at supermarkets and drug stores.

The Gillette Fusion ProGlide Power Razor is my favorite of all of the widely available supermarket brand razors. Similar to the Gillette Fusion, the ProGlide takes the Fusion to the next level by offering sharper blades and an updated cartridge design that provides a smoother stroke with less irritation. It’s a little pricey and the blades aren’t cheap, but this stick will give you a great shave. Buy from Amazon »

The competition between Gillette and Schick is pretty hot these days. When one company introduces a five-blade razor, the other is sure to follow. The Hydro 5, Schick’s answer to the Gillette Fusion, is a worthy contender. Like the Fusion, the Hydro 5 has a similar “paintbrush” style head with a five blade cutting surface and a single blade trimmer on the back. For those seeking a great shave on a budget, the Hydro 5’s blades can be found for nearly half the cost of the similar Fusion ProGlide Blades.

I really love the Dollar Shave Club concept — you sign up for a monthly fee ($1, $6 or $9 depending on the quality of blades you order) and they automatically send you a free handle and a monthly shipment of blades. Yes, this is not the best shave I’ve ever had. With a name like Dollar Shave Club, I really didn’t expect it to be. I would certainly recommend trying this one for yourself as it could save you some serious cash in the long run. For the price, you would be hard-pressed to find a better shave. More » 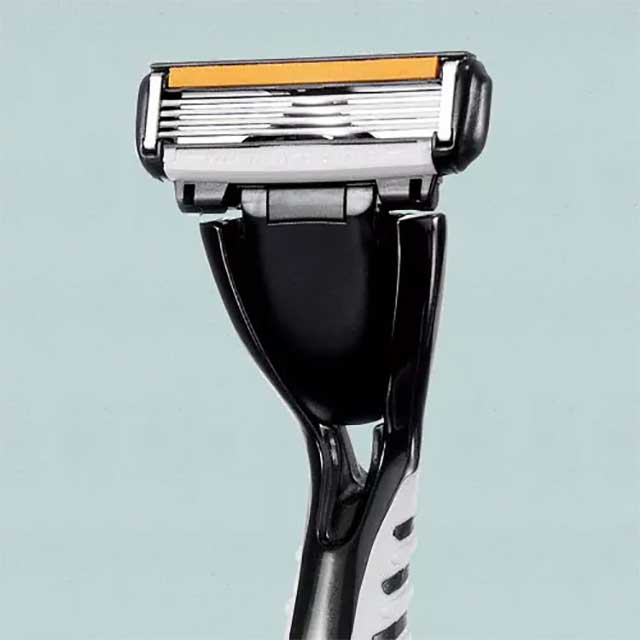 In my opinion, the Gillette Mach 3 was the most revolutionary shaving product to come out since the introduction of the disposable blade razor — the “paintbrush” style head was something entirely new for the shaving industry. The Gillette Mach 3 Turbo is my favorite incarnation of the Mach 3 razor. The Fusion ProGlide has become my primary razor, but I still travel with the smaller Mach 3. It’s three blades offer an exceptionally close shave.

When it comes to razors, these days I haven’t seen a lot of real innovation. For most companies, it seems, innovation means adding another blade to the razor cartridge. Really? Nobody actually needs six blades dragging across their face. I will admit, I wasn’t expecting much when I stumbled upon the King of Shaves Hyperglide Razor — a razor which promises an amazing shave without shaving cream. Yeah, you read that right — without shaving cream. Reluctantly, I decided to put the claim to the test and I have to admit I was impressed. More »

Types of Shaving Brushes
Next Post: A Review of the Unique Beluga Razor